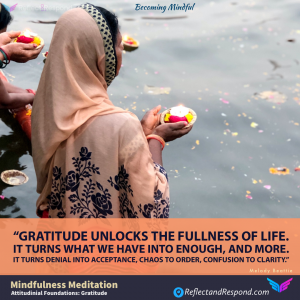 Our brains are hardwired for In-Gratitude. Neuro biologists call it Negativity bias of the brain. This served us well when things were rough and we had to be alert and ready. This tendency tends causes us to be negative, inclines us to focus on what is wrong, look at faults and find flaws. So what can we do? The good news is that there is 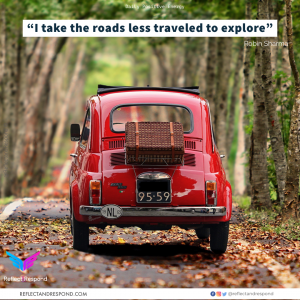 I take the roads less traveled to explore – Robin Sharma

If you are at a point where you are wondering if to take the risk and go for it OR take the easy part, this quote will help inspire you to go for it. Be courageous to take the risk. Choose the path where you are not given any guarantees. If you refuse to seek difference you will be unable to possess the knowledge which 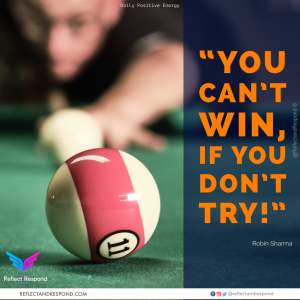 You can’t Win, If you don’t even Try! – Robin Sharma

If your life is not rewarding and you want to make a change but are struggling to get started, this quote by Robin Sharma inspires us with a reminder that:“You Can’t Win If You Don’t Try!” So put your blockers aside, get up and take that first step. Resilience is the capacity to recover quickly from difficulties; toughness; Having a positive mindset of no matter 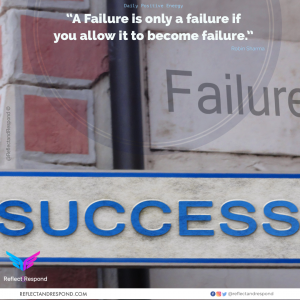 A failure is only failure, if you allow it to become failure – Robin Sharma

If you are have had a failure or are going through difficulties and need a need motivation this quote inspires us with a reminder that: A Failure is only a failure if you allow it become failure. So you can look at any failure as a temporary event and take the next step. Resilience is the capacity to recover quickly from difficulties; toughness; Having a 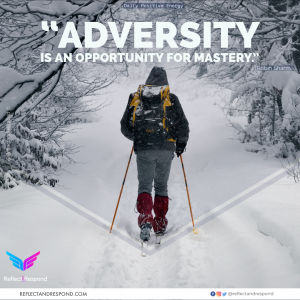 Adversity is an opportunity for Mastery – Robin Sharma

If you are going through a tough time and need a need motivation this quote inspires us with a reminder that Adversity is an opportunity for us to do something and to gain Mastery. Resilience is the capacity to recover quickly from difficulties; toughness; Having a positive mindset of no matter what has happened, what can I do now. We can either be taken down 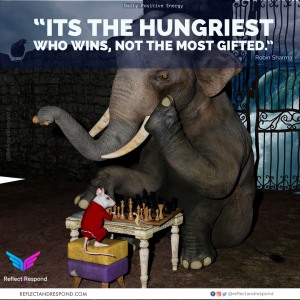 It’s the Hungriest who wins, not the most gifted

If you need motivation this quote inspires us to think work with our passion and be Hungry; this will get us further to the winning line. We have 50,000 thoughts a day and 98% are same as yesterday with 80% of them negative. We often don’t like to get out of our comfort zones. Let’s take this quote by Robin Sharma as inspiration to help 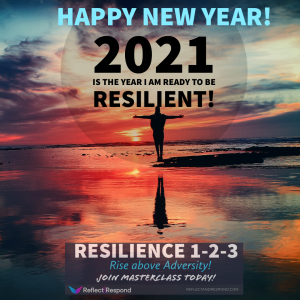 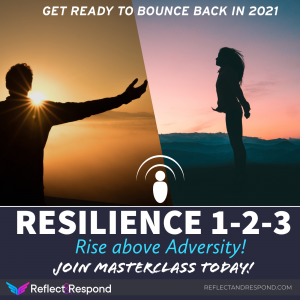 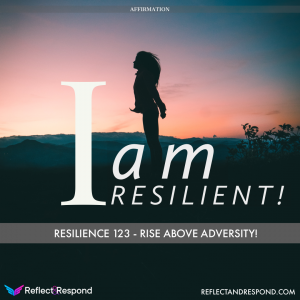 Robin Sharma is a Canadian inspirational writer, best known for his quotes & books.

When it comes to motivation and leadership, we all have heard of “Robin Sharma Quotes”. Have you ever wondered how Robin Sharma became popular and what makes him one of the world’s one of top leadership experts? Let’s look at what shaped Robin Sharma’s life.

The best-seller author – Robin Sharma is a Canadian; belonging to Indian Origin. He became a worldwide sensation with his book “The Monk Who Sold His Ferrari” which has crossed over 5 million-plus sales across 96+ nations. He is better known for his deep understanding of life. His books have been sold to more than 15 million + readers across the globe.

Sharma was born on June 16, 1964, to Shiv Sharma and Shashi Sharma in Uganda. When he was one-year-old, his family moved to Canada. His father Shiv Sharma is a physician by profession, while his mother is a teacher. Shiv Sharma set up his practice in Toronto. Shiv Sharma was the leading inspiration behind Robin Sharma Quotes.

Robin Sharma is passionate about reading, and his passion led him to a career as a litigation lawyer. Robin Sharma holds a master’s degree in Law. He completed his law at the “Schulich School of Law” of “Dalhousie University” where he completed his LLB and LLM.

In the early days of his career, Robin Sharma worked as a judicial clerk at the ‘Supreme Court of Nova Scotia’. Later, he joined the Canadian Government as a staff litigation attorney.

While he was working as a lawyer, he didn’t seem to be interested in writing!

After getting motivated by his father, Robin Sharma wrote his first book “Megaliving: 30 Days to a Perfect Life” in 1994. His mother Shashi Sharma edited this book, which was self-published in the year 1995. But the book wasn’t a great success.

Despite that, Sharma did not give up on his dream. His determination later proved to be the first stepping stone to his success. After that, he wrote his second book called “The Monk Who Sold His Ferrari” in the year 1997. The book has a long-lasting impact on everyone’s mind, including Ed Carson, the president of Harper Collins Publications. Initially, it was a self-published book. Later it was picked up by “Harper Collins Publishers” after meeting Ed Carson.

The book became an internet sensation, and it got him recognition worldwide. By the year 2013, it had sold over 3 million + books worldwide. It has been translated into more than 51 languages and it remained in the list of India’s top 10 bestsellers for 2 years.

In the year 1999, he published his second book “Who Will Cry When You Die” which was a life-changing book to everyone. Robin Sharma quotes and philosophies were inspired by the life lessons of his father. This book offers 101 solutions on how to bring peace back into life and how to lead a peaceful life. It was sold over 1 million + copies worldwide. It was the third book in the series ‘The Monk Who Sold His Ferrari’.

He continued his writings, but they weren’t as famous as his series ‘The Monk Who Sold His Ferrari’. This list includes ‘The Saint, the Surfer, and the CEO’ published in 2002, and ‘The Greatness Guide Book 2: 101 More Insights to Get You to World Class’ published in 2008.

Later in the year 2010, he came back with a bang with his book “The Leader Who Had No Title”. It crossed almost every international best-seller list. This book holds all his thoughts, and the advice given by him to the companies like ‘Nike’, ‘Coco-Cola’, ‘Starbucks’.

Some of Robin Sharma’s famous quotes come from his books:

Robin Sharma is the founder of the foundation “Robin Sharma Foundation for Children” which is having the intent of Creating the leaders out of unprivileged children saying “The Child today is the Leader tomorrow”.

Robin Sharma also founded the Sharma Leadership International Inc. (SLI). It is a global training organization having the motto of helping people in various organizations worldwide to lead without a title. The functionality of SLI is, it offers various coaching sessions and speaking services. It also delivers digital learning tools which increases productivity.

Currently, he is looking into launching a six-week program titled “Become the Leader You Were Meant to Be”. In this program, he is going to address the plans to lead a life of excellence.

Robin Sharma was married to Alka Sharma, but they ended up being divorced due to his restless work schedule. Sharma has two children namely Colby Sharma (Son) and Bianca Sharma (Daughter).

The book “Family Wisdom from the Monk Who Sold His Ferrari” is somehow based on the family situations that he went through in his marriage. Sharma loves reading books and he claims to be addicted to books. He is so fond of books that he bought the same book again and again with different covers and bindings.

You can’t win the game if you don’t even play it.

Your “I CAN” is more important than your IQ.

Dreamers are mocked as impractical. The truth is they are the most practical, as their innovations lead to progress and a better way of life for all of us.

Never be too busy to be kind.- Robin Sharma

Happiness is a journey, not a destination. – Robin Sharma

Life’s had to break you down so you could be rebuilt.

Want more credit for all you do and who you are? Be the one who gives credit to others.

Be slow to criticize and fast to appreciate.

There is great power in starting.

Become one of the rare people who don’t know how to quit.

The main reason we waste time on small things is that we haven’t identified our big things.